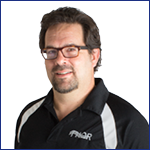 ian@thornhillmultisport.com
With over 40 years involvement in swimming, Ian Feldman has a history in the sport on many levels. Starting at age 9 as a competitive swimmer, Ian was a nationally ranked age group swimmer competing with the Canadian Dolphins Swim club in Vancouver. After ending his swimming career Ian moved on to the University of Alberta where he completed a bachelor’s degree in Physical Education, specializing in both coaching swimming and athletic conditioning and training. Following a 14 year career as an Age Group swim coach, Ian turned his attention to Masters Swimming, first as a swimmer, and more recently as a coach, by starting the Thornhill Masters Aquatic Club in 2004. Since that time, Ian has built the club into one of the top Masters clubs in Ontario. 2009 saw the merger of the Thornhill Masters Aquatic Club and the Thornhill Triathlon Club which resulted in the formation of Thornhill Multisport. In 2015, thanks to a new found love of open water swimming and swim run, Ian started Canaqua Sports, and event management company that hosts open water swim and swimrun events across Canada. Ian’s experience and passion for the sport keep the club moving forward and growing. 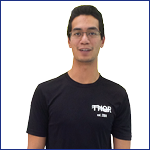 cameron.won9@gmail.com
Cameron Wong started his swimming career working as a lifeguard and swim instructor for the City of Markham in 2008. Shortly after he joined the Lifesaving club of Markham and eventually the Rouge Valley Lifesaving Club as an athlete and coach. After discovering a new found passion to race, he found Thornhill Masters Swim Club. Ready to expand his knowledge and share his experience as an instructor, swimmer and coach he can’t wait to uphold the Emerging Swimmer program. Able and willing to help out in any capacity with swimmers of every level to achieve their goals whatever they may be.
© Thornhill Multisport 2014
